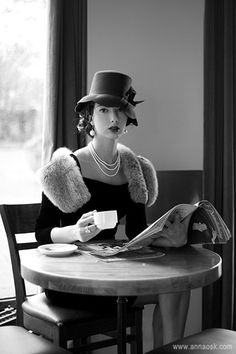 Toss your favorite newshawk a clam for a cup of joe, so that I can stay caffeinated and keep bringing you news of the weird.

A Cheyenne dispatch of August 3rd gives the following particulars of the attempted suicide of Hodge Saunders, a well known character in this city for a number of years:

“Hodge Saunders, a well known gambler of this city, attempted to commit suicide this morning by beating his head upon a rock down on the banks of Crow Creek. He wounded himself badly, but was prevented from carrying out his rash act by Emil Peterson and another man who happened along on their way to the stockyards. Mr. Saunders is an old resident of this district. He used to live at Camp Carlin, near Fort Russell, and was well off in the world’s good at one time. But he met with hard luck, and being lame was unable to earn a living by the more common pursuits. He took gambling as a means of livelihood, and has not been very successful. His brain has been affected by his misfortunes, and today’s attempt at suicide was made in an hour of temporary insanity. He is now in the care of the county authorities, as he was denied admission to the county hospital.”

Coroner J. A. Benson announced after careful examination and testimony of many witness that the recent explosion near Bonneville of nitroglycerin in a truck driven by N. S. Glass and an unknown passenger was due to fast and careless driving. The identity of the passenger has not been discovered.

One of the things for which our citizens are to be commended is the way that they attend funerals of their friends and neighbors. There is always a very large attendance at such times.

Pender, Neb.,—After killing a goose for Thanksgiving dinner, George H. Dinklage, 32, a farmer living eight miles west of this city in Wayne county, used the axe to kill his wife and three children. A fourth child, a baby one year old, is in a hospital here suffering from a blow from the axe, but physicians have hopes for its recovery. He then went to the granary, where he mounted a rafter, tied a rope around his neck, cut his throat with a razor and jumped off. He was dead when found.

Gering Courier—Death in a horrible form overtook Fred Lanning last Sunday afternoon when he was drawn into the cogs of the machinery at which he was working, and his head was completely severed from his body, at the new sugar factory in Torrington. His coat sleeve caught in the cogs of a small wheel and he was pulled into the meshes so that his head was entirely separated from the body as well as the arm. His death was practically instantaneous. Lanning was a resident of Henry, and had been employed at Torrington since the new plant began slicing operations. He is understood to have been a married man. This is the first fatality at the new mill.

Sherwood Sims, a 12-year-old son of Mrs. Sims, who conducts a rooming house on North Second street, was seriously injured Sunday by the explosion of some dynamite caps, which he was using for ball bearings on a small express wagon. One of the caps not going into place as readily as the lad desired, he took a hammer and struck it a heavy blow, causing it to explode with disastrous results. His right eye was destroyed, the greater part of his left hand torn away, and a severe wound in the groin. He was immediately removed to the hospital, where Dr. J.R. Hylton is in charge of the case. While suffering great pain, it is believed the unfortunate lad will recover, although he will be considerably maimed for life.

Later—The injured boy died at 9 o’clock this morning, we have learned as going to press. — Douglas Enterprise